We help you
to sell your business

Analyst: the Chrisis shook the Ukrainian and Russian M&A market

Adding the Crimea to Russia and following sanctions against our Eastern neighbour have influenced notably different countries’ economies including Russia and Ukraine M&A market.

The economic situation in Ukraine turned into worse after the president Janukovich left the country in February. In Ukraine the first quarter of 2014 at M&A market could be described as assets swapping between investors. Western companies started to sell their shares and assets in Ukraine after the escalation of the situation. German, Italian, Canadian, Russian and Cyprus investors made exits in Ukrainian market in the first quarter of this year. When the situation continued it triggered second wave of the assets sales in second quarter.

After the sanctions Rubble started to fell against dollar and euro and the escalation of the crisis gave a push to Russian M&A market. According to analyst the investors tried to speed up the transactions to involve Western banks „cheap“ money in transactions before the sanctions. The total number of transactions grew to in second quarter 51 from 42 in last quarter and also the volume of deals grew 56% reaching 4.212 B$.

The most active sector was construction and real estate development, where were made 28 transactions in 5 months. Second was financial sector with 27 transactions and 2.23B$ in volume in 5 months. 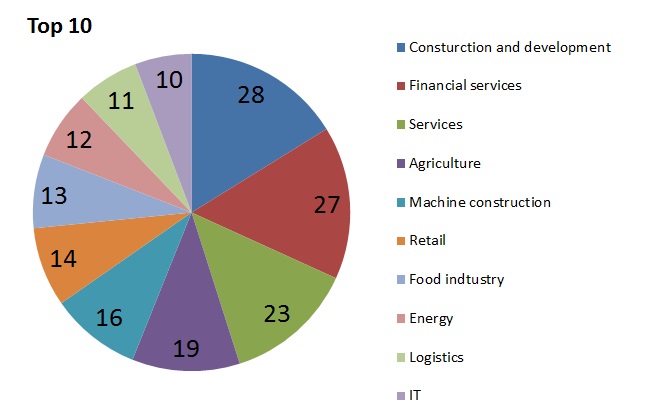 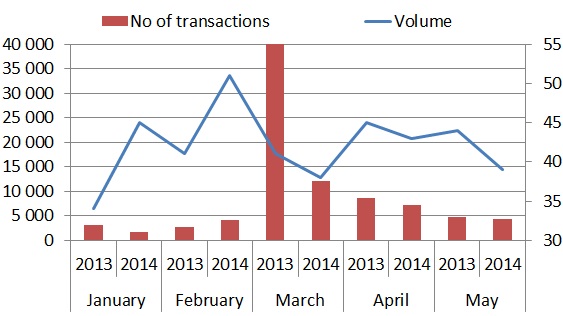 For the preparation of the article there is used Investment Agency M&A statistics.